In the vast majority of cases, water infiltration is usually caused by an opening in a caulk joint such as a window or door. This entry point provides an opening for the infestation of fungi and molds which then tend to proliferate throughout most buildings. The results generated by a late management of an infestation can be numerous:

For the financial aspect:

Failure to take into account the sealing of a house’s caulking may result in additional costs if you need to properly repair what has been damaged from all areas infected with insects. In the event that you plan to proceed with the resale of your property, be aware that a late application for the waterproofing of your joints can have a considerable impact on the price of your residence, whether it is in the city like Montreal or another nearby city.

Added to this is the heat loss to which your building or residence will be subjected, following an opening in a caulking joint. According to Hydro Quebec, 25% of the calorific losses caused in your household are mostly attributed to air leaks. In a more serious case, this hole through which the air regularly escapes can equal that of the size of a basketball. However, it is precisely these cracks that ultimately increase your heating bills.

The deterioration favored by humidity:

Humidity can cause a lot of damage. Among them, we will mention that of all the dirt caused and the damage it causes on its way. In addition to the objects with which it comes into contact, we will also note the filth that it ends up putting in place, as is the case of the proliferation of mites and molds. The best known and most damaging cases are undoubtedly the weeping merule and the aspergillus.

Humidity tends to infiltrate all the bodies it comes into contact with, regardless of the direction it has taken, either vertically or horizontally. It acts in particular on:

However, it can happen that unscrupulous caulkers overlook important milestones in the caulking industry. In many cases of work, some caulkers only apply a new layer of caulk over the old sealer to camouflage imperfections such as cracks, drying, deterioration, detachment and deterioration at certain openings.

One plausible case concerns the inadequacy of the old sealant with the new one. This can happen if there are differences in the properties of the sealants. Another possible configuration: the presence of the old seal which reduces the adhesion of the new sealer. This has the effect of reducing the area on which the sealant can be attached. On the other hand, the performance over the duration of a caulking joint will depend on the cleanliness of the surface where the sealant will be applied. A minimum of 6mm of contact surface is required for this. It is preferable to call in qualified experts at Calfeutrage MJM et Fils to take care of the caulking work on your doors and window

0Shares
About the author 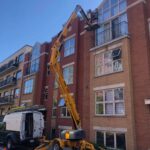 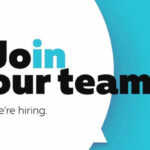